In the run up to last World Hepatitis Day (WHD), they launched a nationwide letter writing campaign to urge policymakers to create Implementation Plans in each province and territory of Canada to eliminate hepatitis. Read on to find out how they planned it. 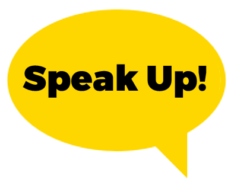 “Last year, Canada released a new framework for action on Sexually Transmitted and Blood-Borne Infections (STBBIs), which includes vital targets for the elimination of viral hepatitis. The new framework means that it is now down to the country’s provinces and territories to develop “Implementation Plans” to reach these goals – something we are determined to make sure happens.

We knew that to reach the 13 provincial/territorial governments, engaging our members across the country would be key. An online letter writing campaign seemed like a good option to involve our members and allies, as it is low-barrier yet effective, so we launched our ‘Speak Up’ campaign in the run up to WHD. Through the campaign, we mobilised Canadians to send their Minister of Health and Member of Provincial Parliament or Member of the Legislative Assembly a letter urging them to create an Implementation Plan.

We needed to do quite a lot of research and planning before we launched the campaign. We looked into different tools, and drafted a few versions of the letter we planned to send. We decided on an online tool called New/Mode, which allowed us to send customized letters – an important feature as we have a French-speaking province in Canada, and another that is already ahead of the curve and has committed to an elimination strategy. Supporters could edit the template letters, adding their own stories and comments if they wanted to, or could send it unchanged. The tool used supporters’ postcodes to automatically send the letter to the Provincial/Territorial Minister of Health, as well as their own elected representative – all at the click of a button.

We launched the campaign at the NOhep global village in Toronto in June, and had a laptop which people could use to sign and send the letter in a matter of seconds. We also used email and social media to promote the campaign, and asked our member organisations to do the same.

For maximum impact, we used a feature on New/Mode that allowed us to save up all of the letters and then send them on in bulk on World Hepatitis Day.

Unfortunately, uptake of the campaign was a bit slower than we had hoped for. This was in part because things slow down a lot in Canada during June-July, but we also learned that – despite our efforts to make sure we consulted members during the planning phase – we didn’t strike quite the right tone for some provinces, which put some supporters off sending the letter. This has been a valuable lesson for us as we continue to refine our messaging to the provinces and territories – we’ve learned that we really need to customize our communications for each one.

Despite the slower-than-expected uptake, the campaign was successful and several provinces have started to develop implementation plans. We have been able to follow up on these, and have had discussions with a number of provincial and territorial Health Ministries. This is so important because it means that civil society and the patient voice are at the heart of the conversation.

We’re grateful to everyone who supported the ‘Speak Up’ campaign.”