Despite restrictions on movement and large gatherings, World Hepatitis Alliance (WHA) members in the WHO EURO region were able to effectively raise awareness online and in the media. Some members were still able to hold scaled-back and socially-distanced educational, testing and vaccination events, and others looked for opportunities to raise awareness through large-scale public campaigns. 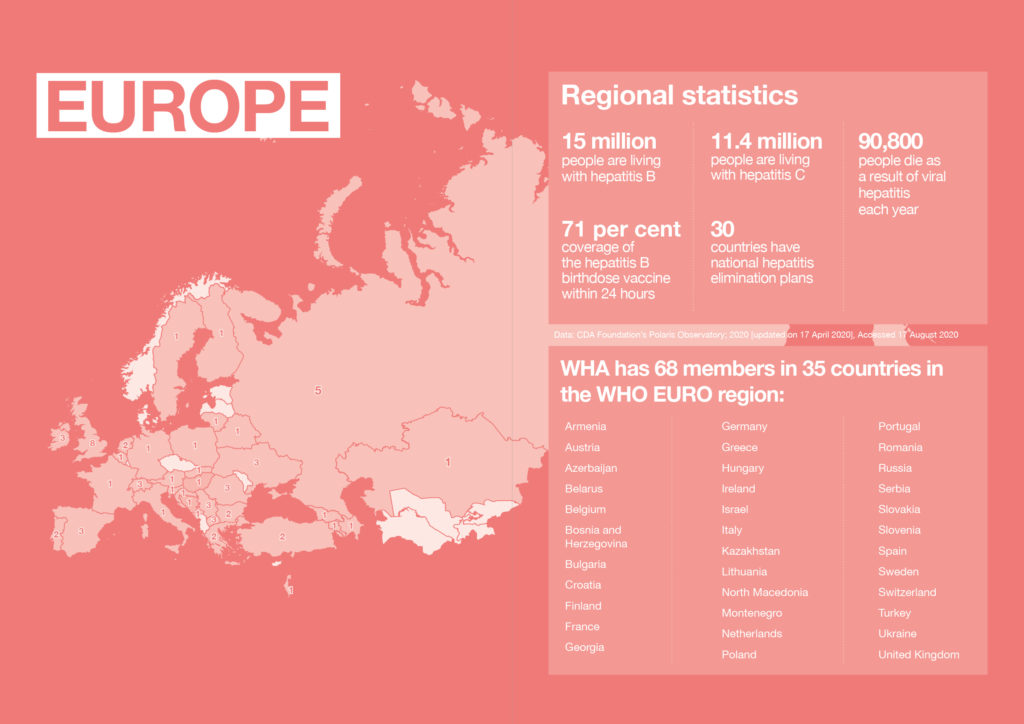 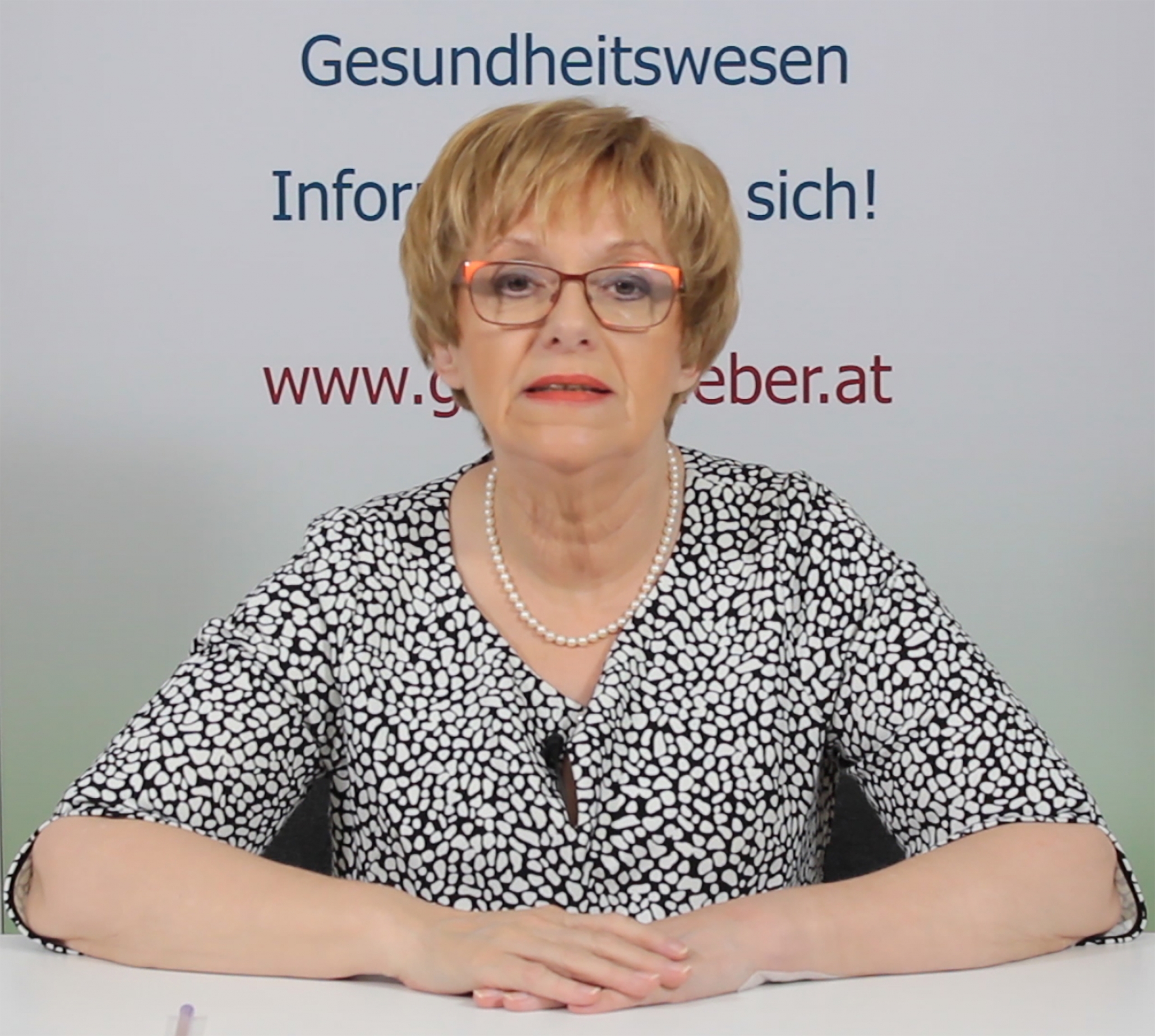 Hepatitis Hilfe Österreich (HHÖ) commemorated World Hepatitis Day with an online press conference entitled ‘Hepatitis-free future for our children‘. Angelika Widhalm, HHÖ Chairwoman, emphasised that we cannot let the COVID-19 pandemic push back the WHO 2030 elimination goals if we want our children to grow up in a hepatitis-free world. She advocated for implementing extensive screening programmes as a foundational step toward hepatitis elimination.

The conference speakers included Dr. Gottfried Hirnschall,  former Director of Department of HIV and Global Hepatitis Programme of the WHO, and Dr. Thomas Reiberger, Associate Professor at the Vienna Medical University.

HepActive Association highlighted stories of people with lived experience of hepatitis in this year’s online campaign. The videos they produced shared the realities living with hepatitis and were picked up by four national TV stations and two national radio channels.

In addition to their online activities, HepActive increased the commissioning of hepatitis testing services in their local area. 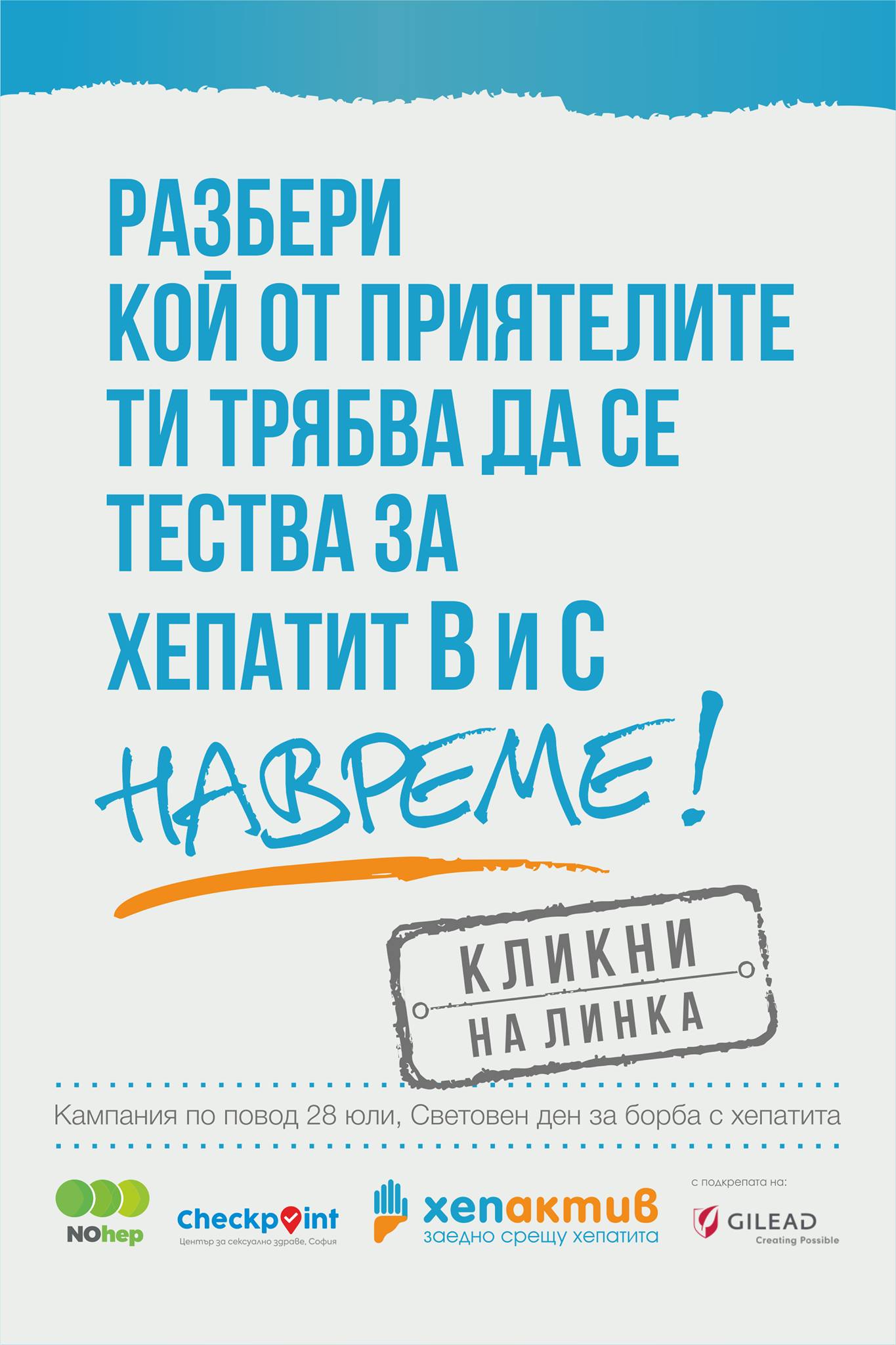 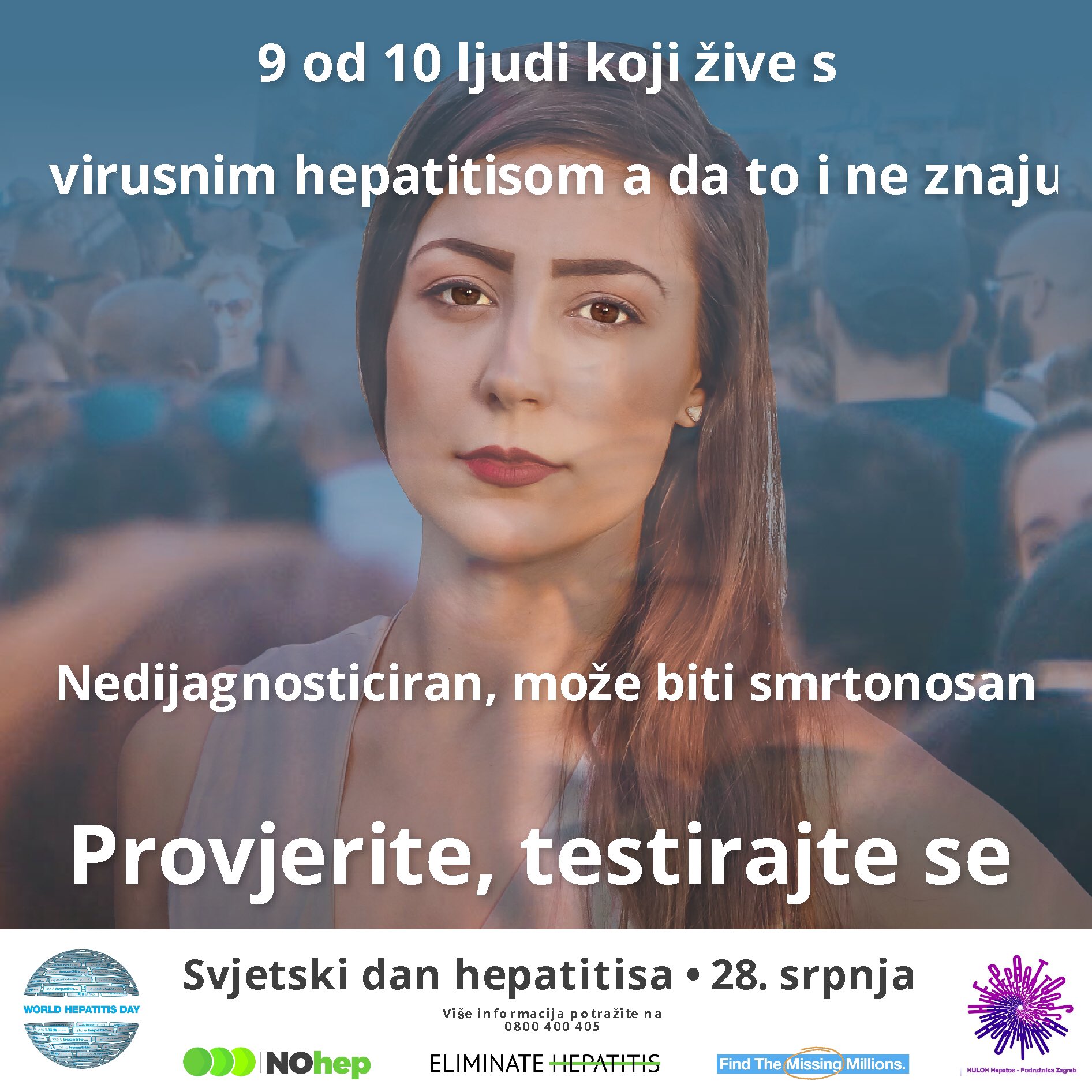 Croatian Association of Treated and Ill with Hepatitis HEPATOS – ZAGREB

Croatian Association of Treated and Ill with Hepatitis HEPATOS – ZAGREB participated in ‘Find the Missing Millions’ campaign and took to social media to share messages about testing, and encourage people to get tested for hepatitis.

German Liver Patients Association took their campaign online, publishing messages on social media and sharing four press releases on their website. The campaign focused on the impact of COVID-19 on hepatitis patients.

They also published, printed and distributed ‘Find the Missing Millions’ posters and flyers. Deutsche Leberhilfe co-signed the NOhep letter urging governments around the world to intensify their hepatitis elimination efforts, and also translated the letter into German to reach local supporters. Their efforts were well-received in the German media. 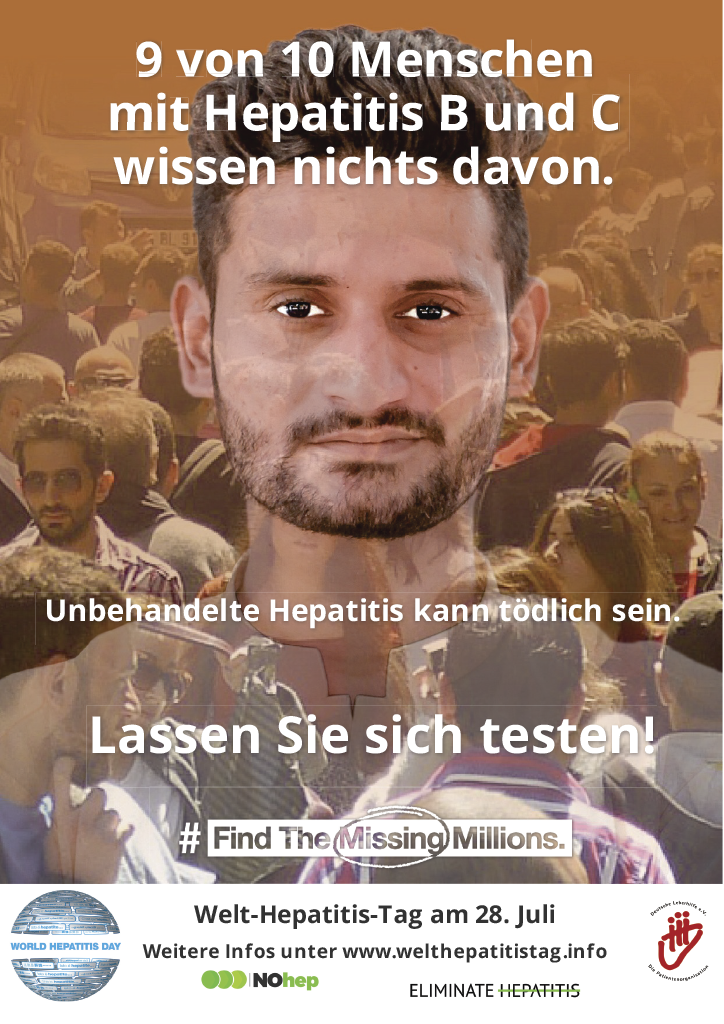 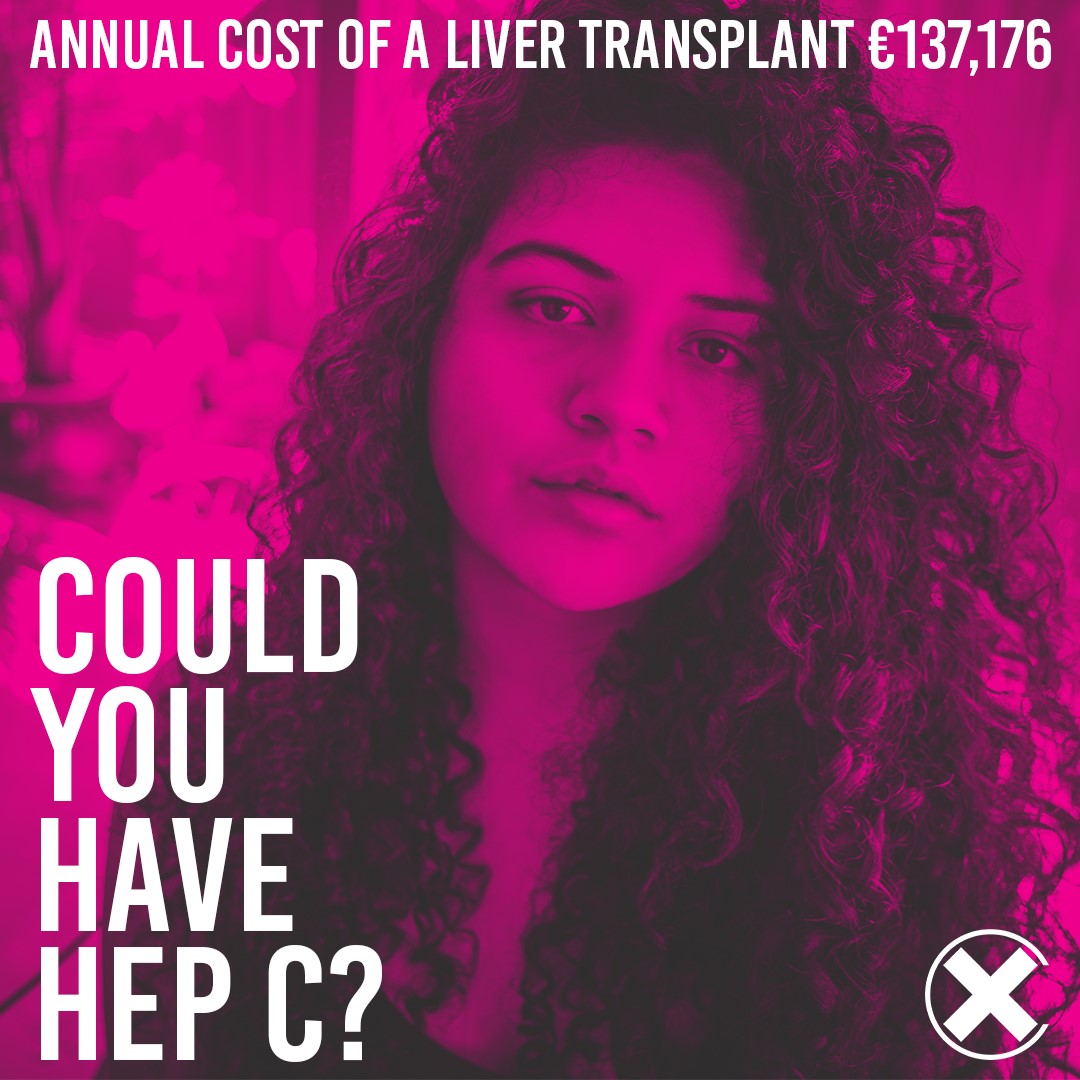 They issued a radio advert across the main station in Ireland as well as regional networks to promote awareness of hepatitis C. Hepatitis C Partnership Chairwoman, Nicola Perry, appeared on Galwaybay FM to discuss the partnership’s ‘Could You Have Hep C campaign’ and future steps for ensuring elimination by 2030. 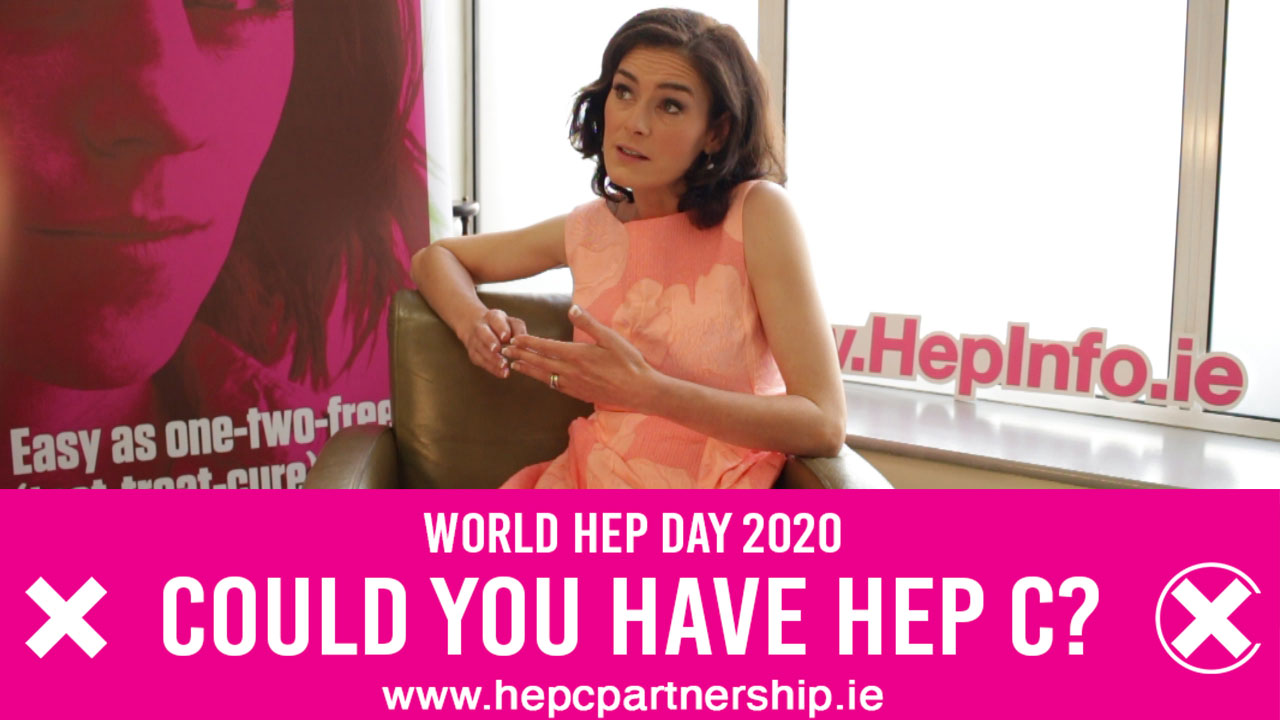 GOSHH joined ‘Find the Missing Millions’ online campaign to promote their testing services and encourage people to find out their status and seek treatment.

They ran a social media campaign to raise awareness of hepatitis C, and shared the stories of patients who were successfully cured of the disease to help encourage infected persons to seek support. 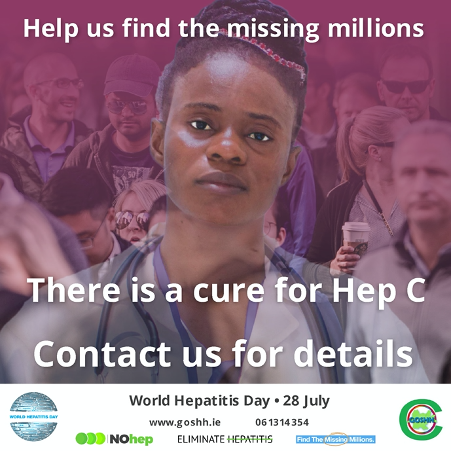 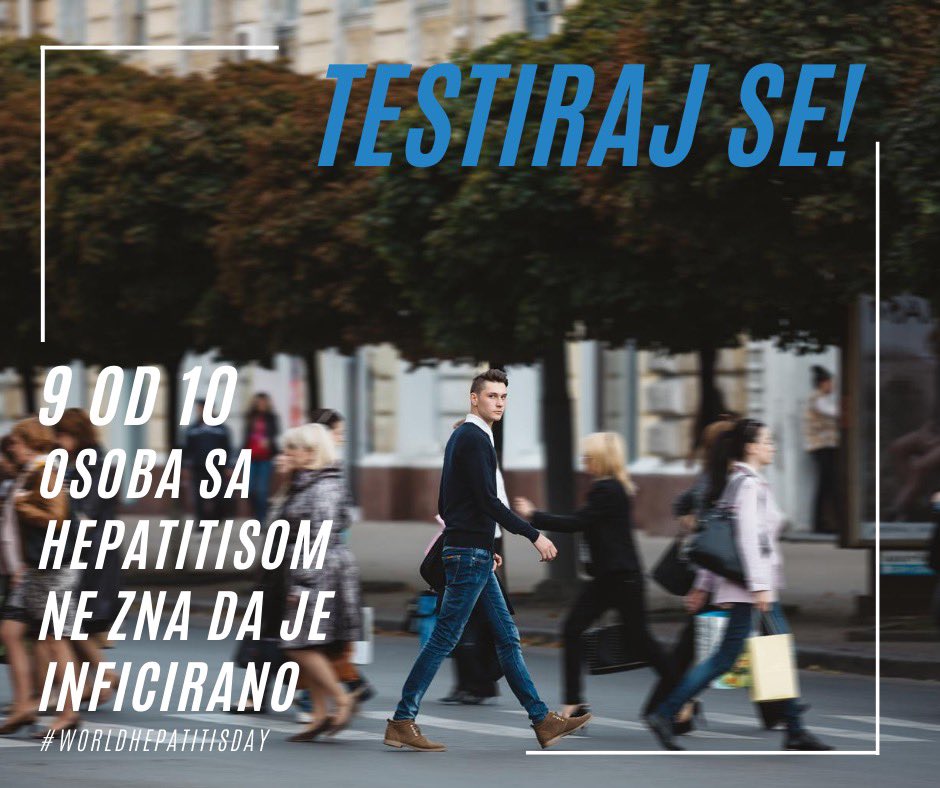 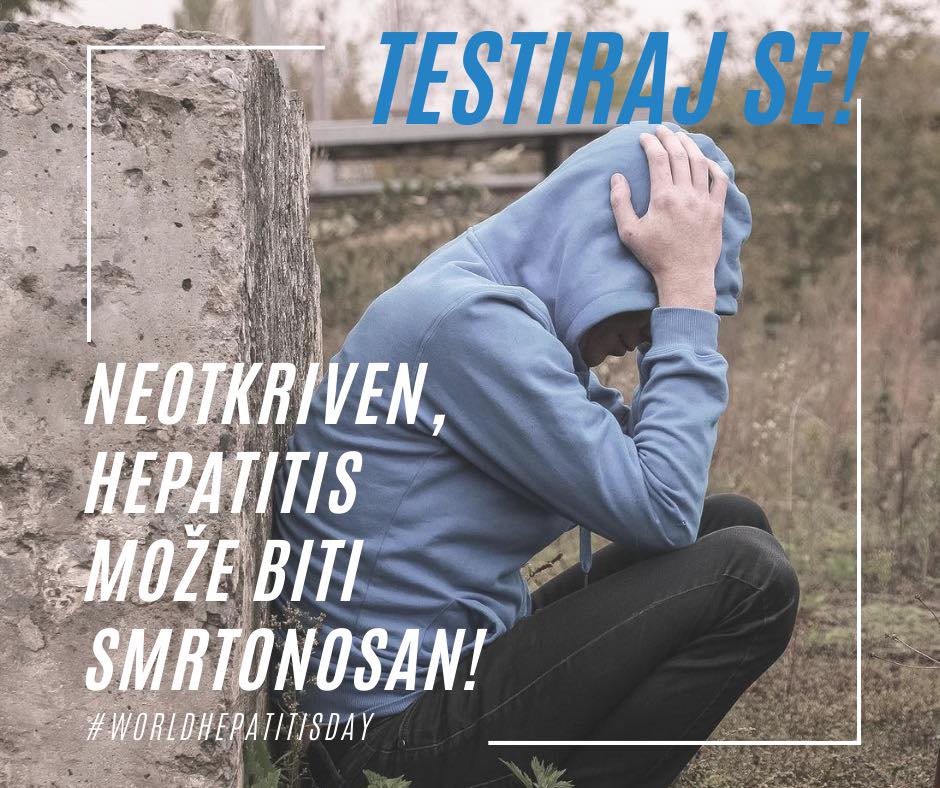 CAZAS took to social media to raise awareness about testing as the first step towards achieving hepatitis elimination by 2030. As a part of their campaign, they translated the ‘Find the Missing Millions’ video to spread the message locally, and encouraged people to find out their status.

In addition, CAZAS held a press conference in partnership with the Montenegrin Liver Patients Association ‘HEP Crna Gora’. They discussed strategies to increase testing in the country and encouraged policymakers to make testing more accessible in order to achieve elimination goals. 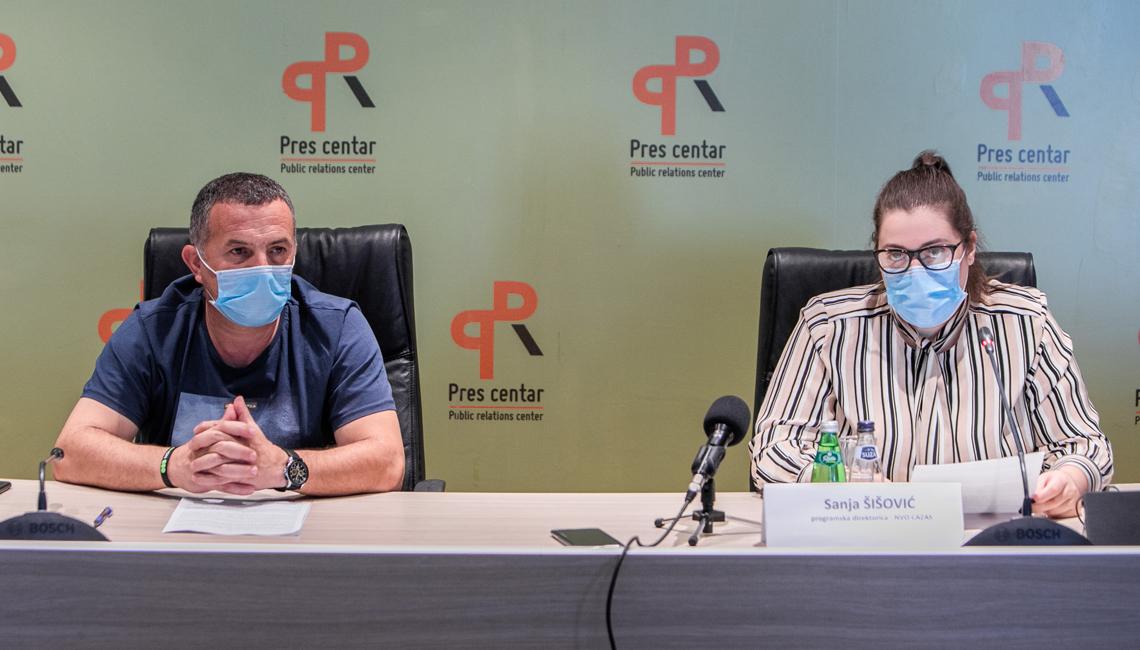 Dutch Liver Patients Association marked the day with a webinar on the topic of hepatitis C elimination in the Netherlands. The speakers included representatives of the leading medical research universities in the country.

The rest of the campaign took place digitally, with the Dutch Liver Patients Association sharing their own ‘Find the Missing Millions’ materials to bring attention to the importance of testing. 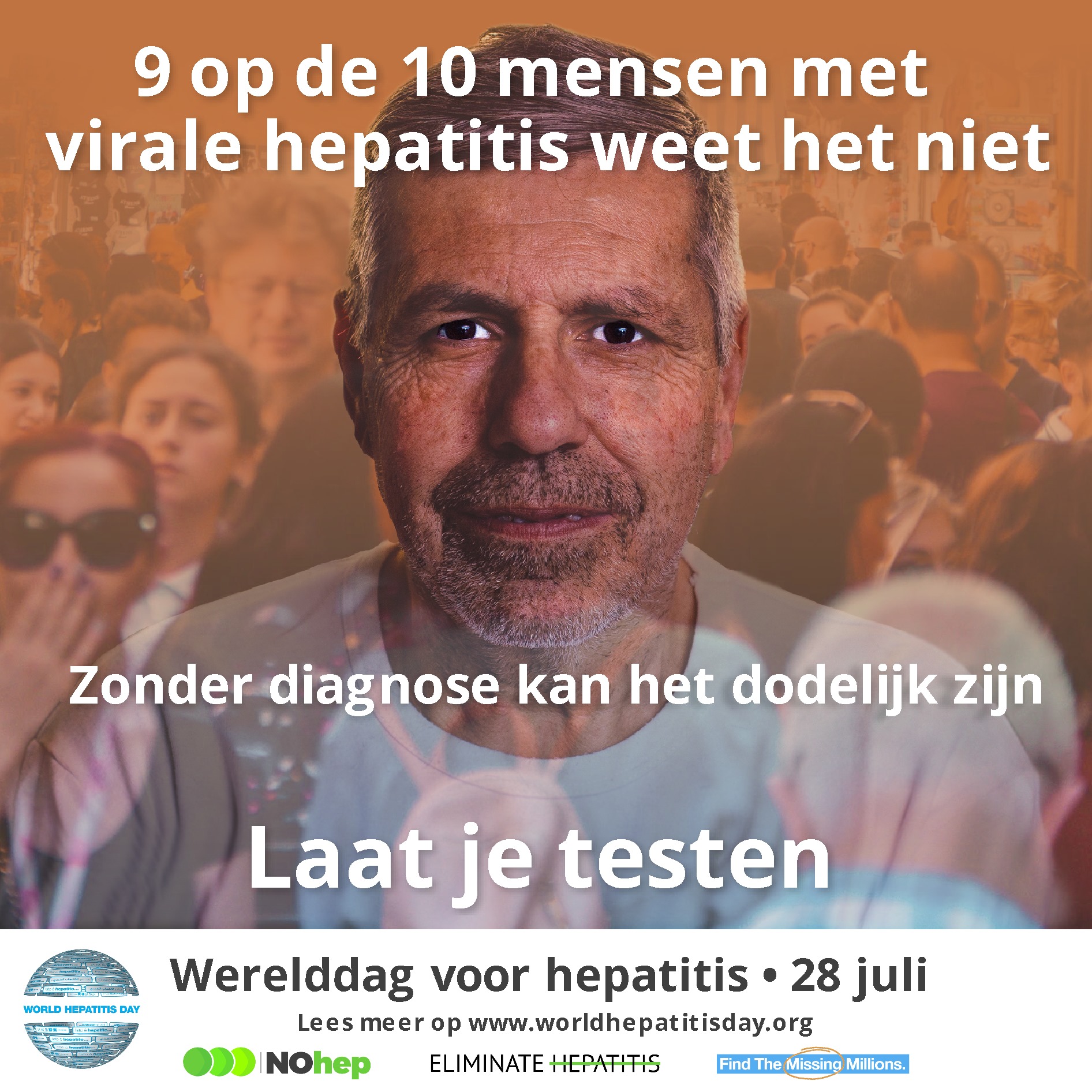 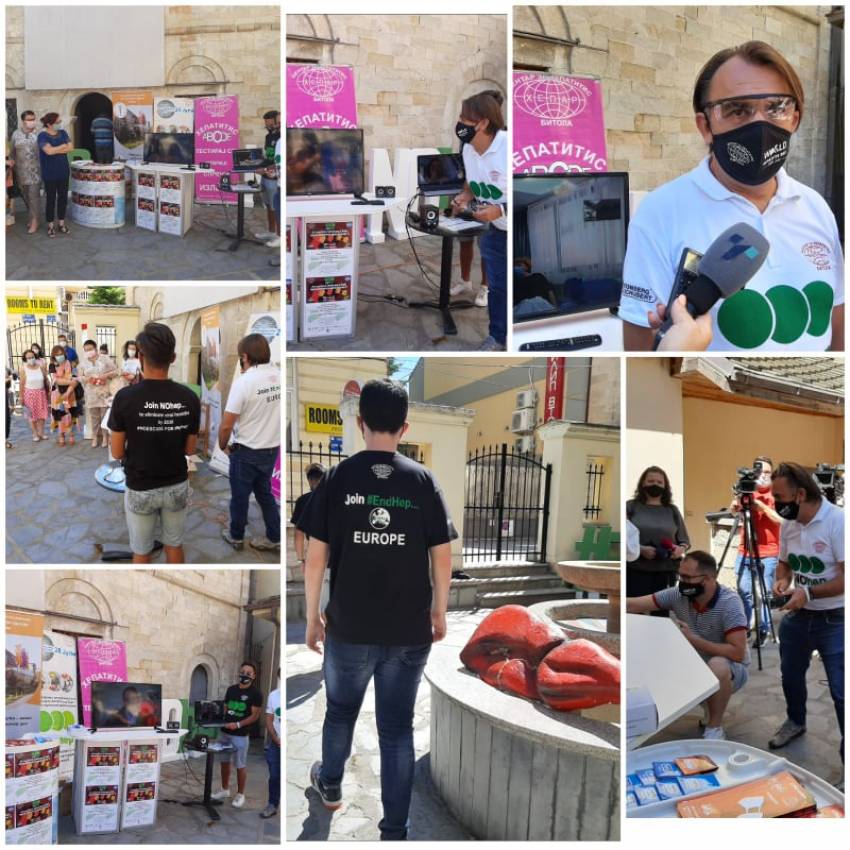 Under the motto “Hepatitis – safe future”, Hepar Centre-Bitola worked with the civil society and the Ministry of Health of North Macedonia to procure the latest Hepatitis C therapy for patients in North Macedonia, putting the country on path to elimination. They also organised a blood donation campaign and provided over 1300 tests for the people in their municipality.

At the online event held to mark the occasion saw participation from the WHO and European Liver Patients’ Association (ELPA).

The foundation used social media to promote the ‘Find the Missing Millions’ campaign, which was adapted to local context to warn Polish citizens about the dangers of hepatitis. Advertisements for the campaign appeared on the screens of Railway Stations in 33 Polish cities. 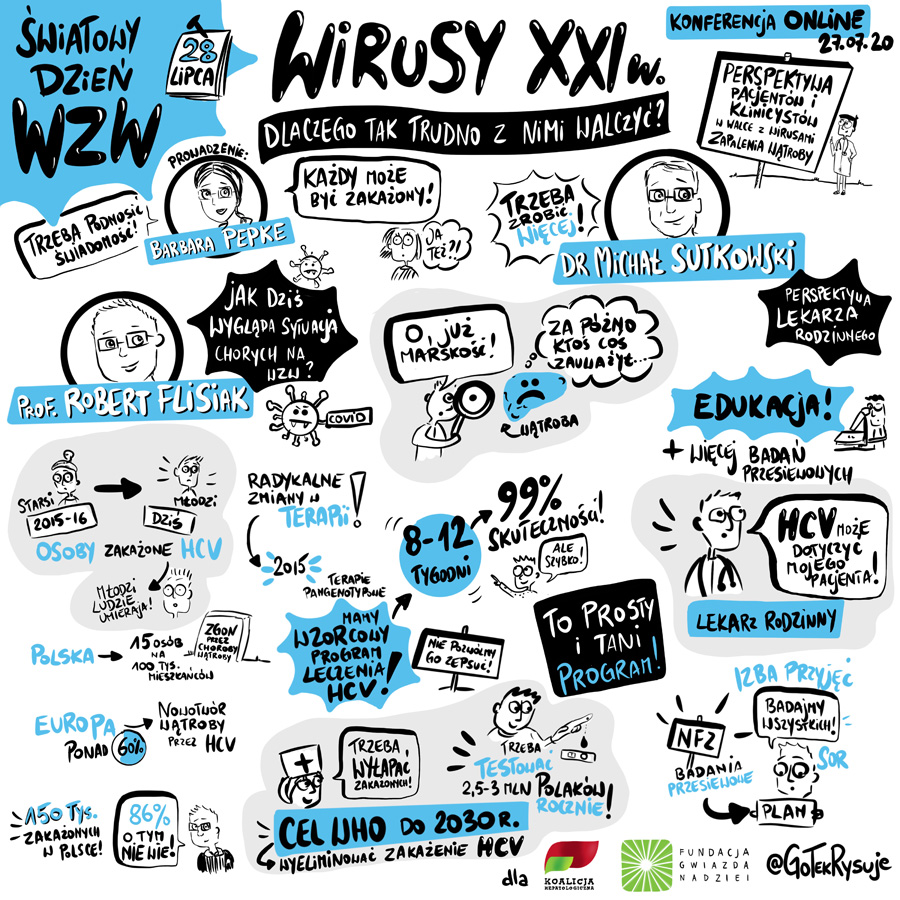 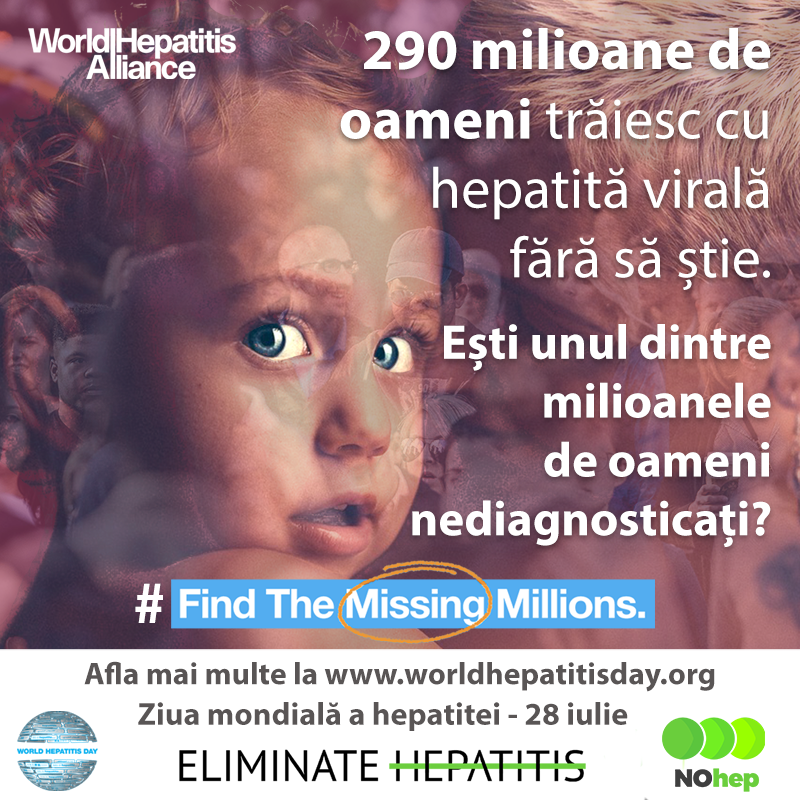 In a press release featuring the head of the WHO Office for Romania, APAH-RO proposes concrete measures to support people living with hepatitis in the country.

This year’s World Hepatitis Day coincided with the 20th anniversary of ASSCAT, which the association marked with a special video introducing the present ASSCAT Working Group. 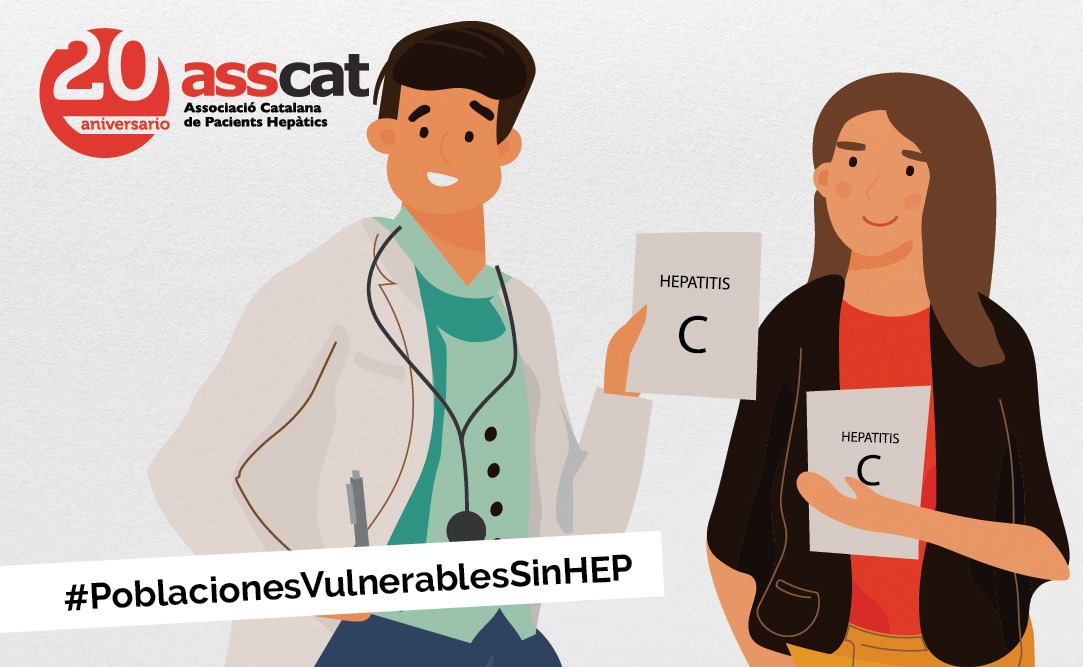 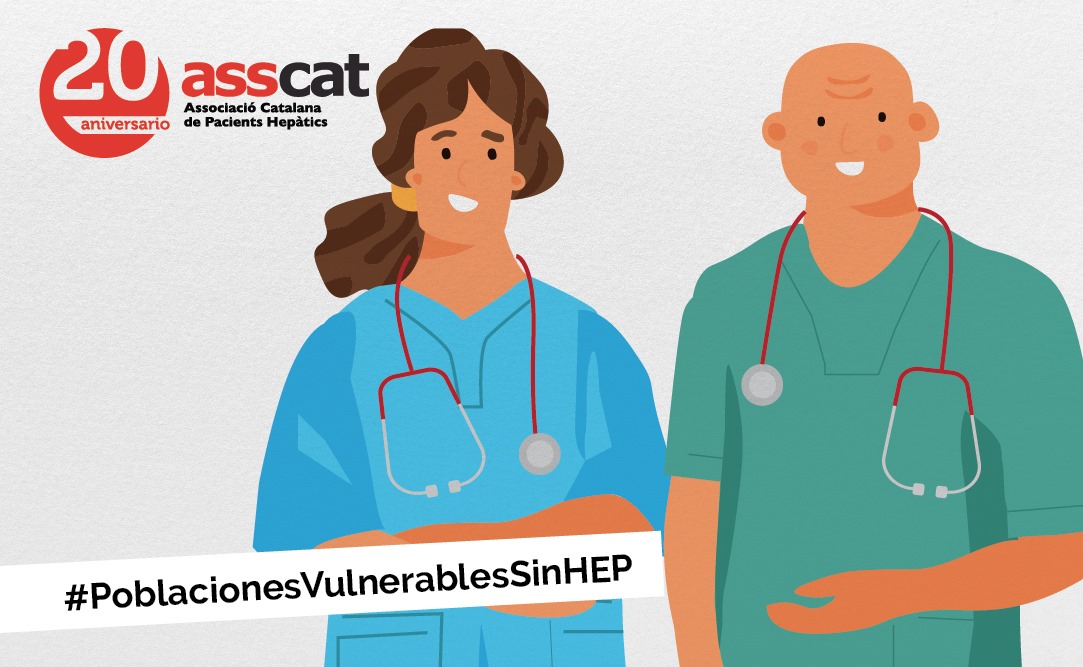 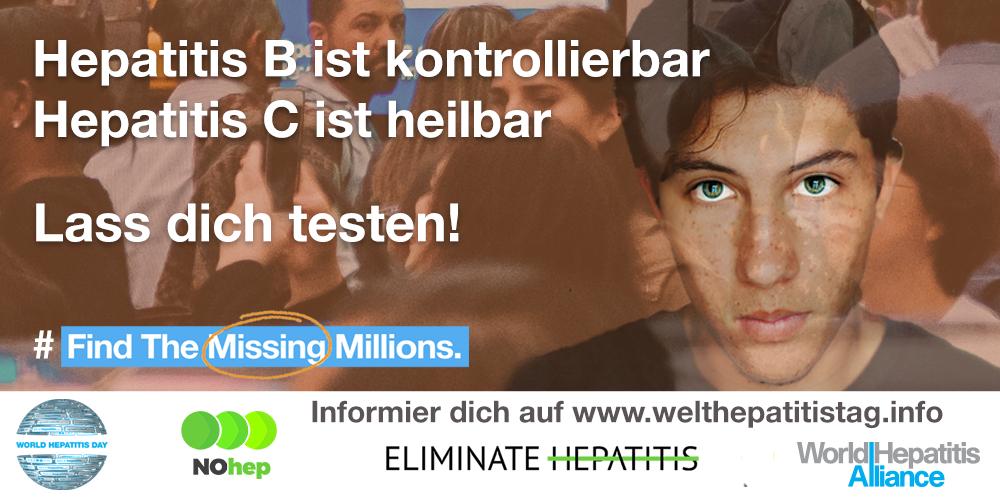 HEPYAŞAM ran a World Hepatitis Day campaign in collaboration with the Turkish Liver Foundation and Istanbul City Council. They raised awareness through advertisements on billboards, banners and a short video for city transport vehicles. In addition, the lights of the Fatih Sultan Mehmet Bridge’s in Istanbul, Turkey, have been turned yellow to commemorate the day.

The association organised a socially-distanced photo-op with balloon letters spelling out HEPATİT (Hepatitis in Turkish) and yellow t-shirts. The images were used to raise awareness on social media.

Additional activities include a press release on 28 July, support of the NOhep open letter “Urge your government to prioritise hepatitis elimination”, as well as participation in AbbVie “What will it take to achieve HCV elimination?” video. 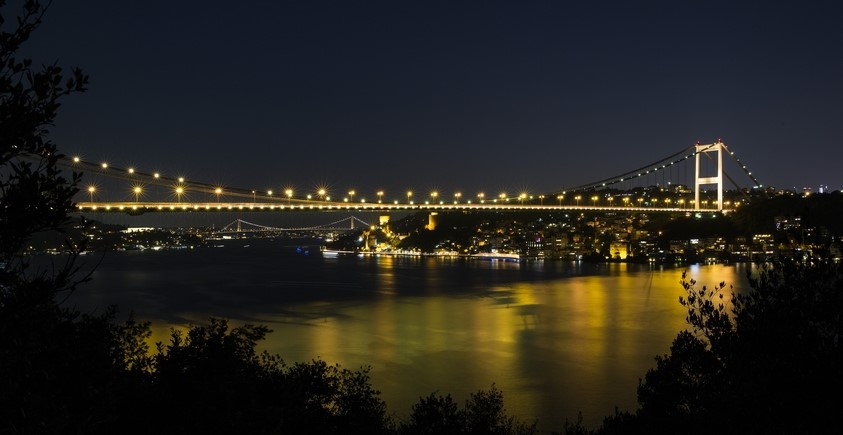 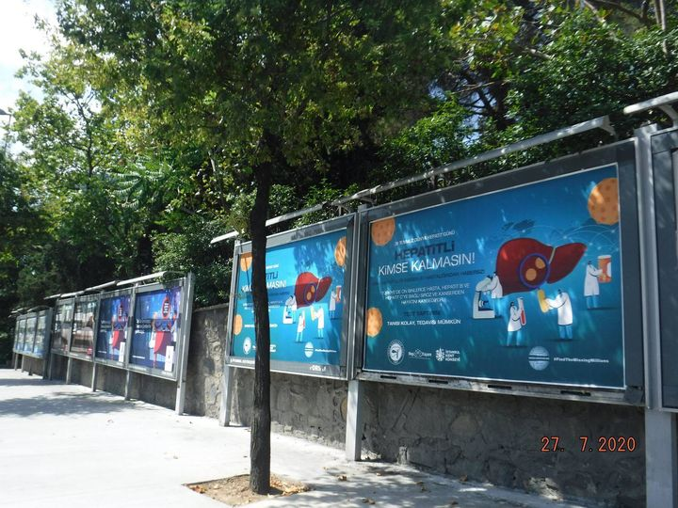 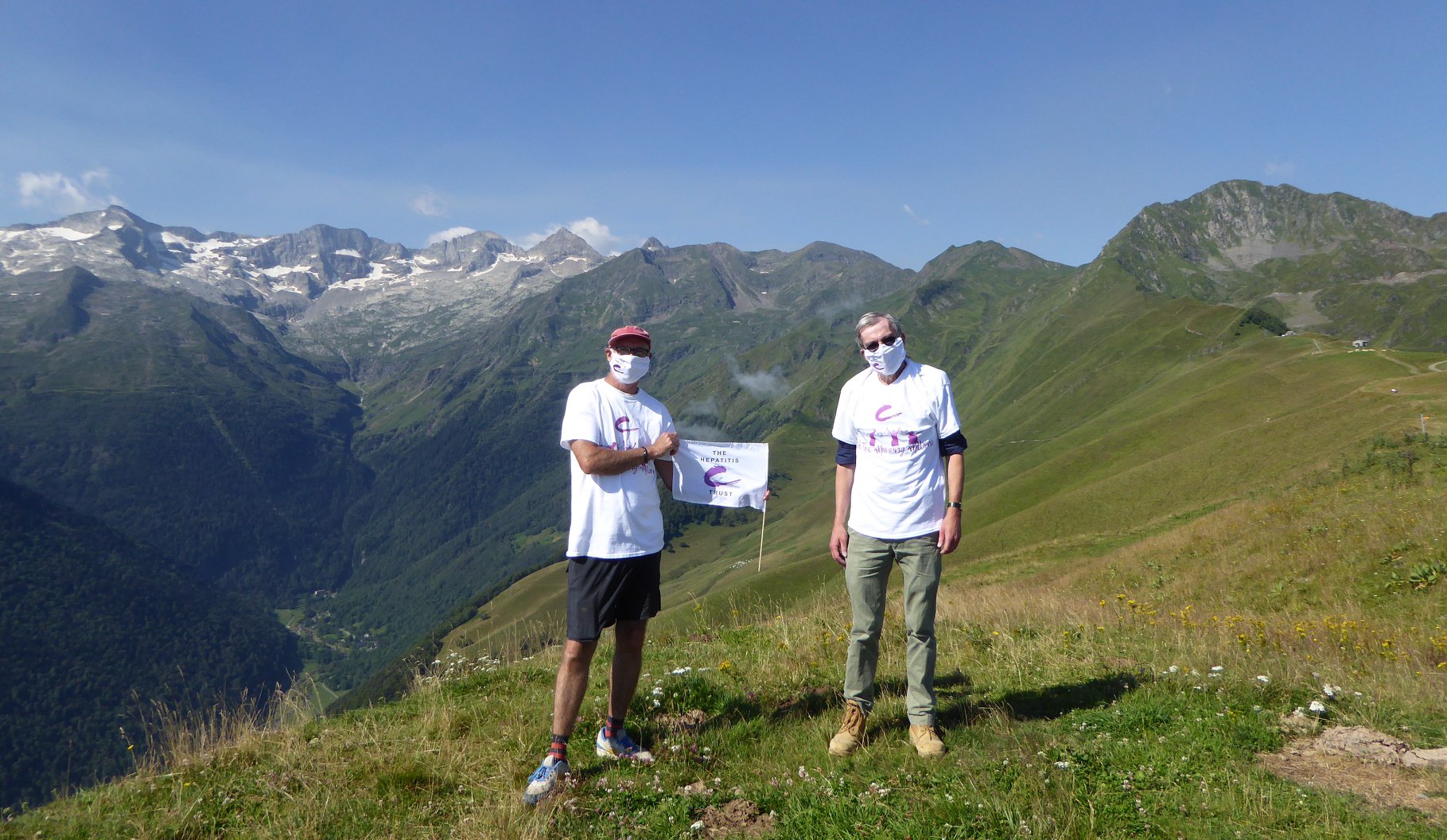 For World Hepatitis Day, the Hep C Trust undertook a range of activities including a virtual music event on Facebook live featuring DJ Mr C. They also made short films from peers for showing in prisons. Leaflets and in–cell packs were also produced and delivered to prisons.

The Trust staff and volunteers took on the challenge of climbing the equivalent of the height of Everest collectively on different peaks across the UK. They were walking to raise money to support Hep C Trust volunteers and for Mind, a mental health charity based in the UK.

Hep-C Trust Chief Executive, Rachel Halford, wrote for LocalGov about the role of local government in hepatitis C elimination and the efforts to test and treat people who would otherwise be sleeping rough during the pandemic. She also called for a re-doubling of efforts to eliminate hepatitis C in an article for Drink and Drugs News. The organisation obtained support for elimination by political leaders from across the UK, including Mayor of London Sadiq Khan, Welsh First Minister Mark Drakeford and Scottish Public Health Minister Joe FitzPatrick and Labour’s Shadow Public Health Minister Alex Norris.

World Hepatitis Day 2020 in the Americas